‘God, I could really use a little help here.’ North Dakota Farmer Gets Unexpected Solution to Infestation

‘God, I could really use a little help here.’ North Dakota Farmer Gets Unexpected Solution to Infestation
By Ron Nichols, Understanding Ag, LLC

For Brandon Bock, it was a crisis of conscious.

“I saw all of those grasshoppers at the edge of my spring wheat field. I knew I shouldn’t apply an insecticide, but it ran counter to everything I had done before,” the 37-year-old farmer from Foxholm, North Dakota, says. “The spring wheat was starting to flower and normally would get sprayed with a fungicide and insecticide in one pass around this stage.”

“I was basically fighting with my ‘old brain,’” he says.

Earlier in the day his 11-year-old son, Lyle, who often accompanies Brandon on his field scouting agreed. “Dad, you can’t just spray an insecticide,” he insisted.

Despite his son’s admonition, Brandon was having a difficult time resisting the urge to “control the situation,” tempted to deploy the oft-used “insecticide solution.”

Searching for a potential biological fix, Lyle asked, “So what eats grasshoppers, dad?”

Instantly, Lyle proposed they purchase chickens to solve the problem. Regenerative logic notwithstanding, chickens weren’t a practical or immediate option for the Bocks.

“This is the moment when God answered my prayer for a sign and sent seagulls. Kind of hard to see as they were flying and not sitting on the ground. The photo is only about 10% of the seagulls that day. I couldn’t get them all in one picture.” – Brandon BockStill agonizing over his decision, Brandon walked into the field, knelt down and prayed.

“I said, ‘God, please give me a sign if you do not want me to spray this field. I could really use some help here,’” Brandon says.

While sitting in the field, he began to observe all of the beneficial insects around him, realizing that using an insecticide to kill the grasshoppers would also result in the death of the insects that could help him keep other potential infestations in check.

After a few minutes of contemplation without resolution, Brandon walked over and hopped on the motorcycle he uses to scout their fields, motoring off to check the crops on the neighboring fields.

Around 15 minutes later, as he returned to the grasshopper-infested field, Brandon was astonished by the sight before him.

“Right there was the biggest flock of seagulls I had ever seen—eating grasshoppers off that crop,” he says. “I sat there on the motorcycle thinking, ‘This is as obvious as it gets,’ because up to that point I had not seen any seagulls in my wheat fields. Those seagulls hung around the rest of the year eating grasshoppers—and off of our harvested pea fields, too.”

“Here the seagulls are eating grasshoppers in a yellow pea field I just harvested.” – Brandon Bock

The lesson for Brandon is not just one of faith but also of the inner connectivity between biology and farming—and that through regenerative agriculture, the Bocks are heading down the right path.

“At times like that you start to realize how much we farmers do to impact the big picture—in this case, affecting a food source for another set of animals,” he says.

Brandon’s regenerative journey began as many others: Watching YouTube videos of presentations by Gabe Brown, Ray Archuleta and other soil health pioneers. Although he grew up on a farm that utilized conventional agricultural practices, something clicked in Brandon as he learned more about regenerative agriculture.

“At the end of one of Gabe’s presentations, he included his phone number, so I called it. And Gabe answered the phone,” Brandon says, still astonished that he was able to connect directly with the well-known regenerative farming pioneer.

Shortly thereafter, Brandon bought some cover crop radish seeds from Gabe and later talked with him at a soil health summit in Bismarck, where Brandon was urged to attend a three-day, Soil Health Academy to learn more about the principles and practices of soil health-focused regenerative agriculture.

Along with his wife, Jessie, and his farming neighbors Marlo and Kelly Stromberg, the four drove more than 1,000 miles to Ray Archuleta’s farm in Seymour, Missouri, where the next Soil Health Academy school was being held.

“This is George Bloms, a neighbor who has helped us for 15 years, green-seeding winter wheat into a 13 species cover crop that was ‘Prevent Planted’ this last spring.” – Brandon Bock

Brandon knew it was important to have Jessie come along so she could better understand why he was committed to transitioning from conventional to regenerative agriculture.

“As I learned more about regenerative agriculture, I felt it was the right direction we needed to push this farm,” he says, “But ours is a family farm, and it’s important to have Jessie on board. If we’re going to make some of these changes and there’s any financial pain along the way, the rest of the family needs to understand why.”

Brandon says one of the key aspects of regenerative farming that he’s learned is it’s a long-term commitment that requires a change in thinking and how you see everything. “Whenever you see a problem, look closely around and you will see so much that is good and functioning properly,” Brandon says.

“In some ways it’s easier, but in a lot of other ways it’s harder,” he says, referring to regenerative agriculture. “Mentally, it’s harder because you have to separate yourself from the conventional agronomy model that wants to sell you more products—everybody wants to make a dollar off of you. We are then left with all the production risk.”

It was the contrast between conventional farming’s “We’ll sell you a solution to your problem, and if that solution creates another problem, we have a fix for that too,” and the regenerative agriculture approach of farming in nature’s image that became abundantly clear to Brandon.

“Gabe and Ray aren’t in this to get rich,” he says “They’re not trying to make a bunch of money off of you. They want to improve the environment, our communities, and see you succeed in a way that doesn’t require a ton of capital.”

The opportunity to spend less time spraying and more time with the family are benefits that appeal to the entire Bock family. But Brandon admits they’re not yet at a place where they’re having more time on their hands.

“We realize this isn’t a ‘satisfaction now thing.’ We’re only in our second year of regenerative farming,” he says. “There has been less time spraying, but there’s been more time seeding cover crops, but I’m really excited about ideas I believe will lessen the work load going forward.”

In just two short years, the Bocks have put all of the 4,500 acres of cropland they farm under a diverse mix of covers, seeding clover with spring wheat, diversifying their cropping rotations and using the Haney Soil Test throughout their farming operation. In addition, they no longer “blanket spray” or “just-in-case” spray any insecticides or fungicides.

“This picture is of an Amara Beetle I have found to be numerous after implementing Regenerative ag. They are weed seed eaters.” – Brandon Bock

“This is soil from one small scoop of soil that has a diverse cover crop growing on it. It’s very easy to find worms with almost every shovel full anymore.” – Brandon Bock

“Looking back, I’m ashamed at our spray program before, as some of the insecticide and fungicide applications were a preventative precaution.” Brandon says. “Many herbicide applications have been converted to spot spraying as well and only used where absolutely necessary.”

A significant reduction of inputs was apparent in their first year, Brandon says, and the Haney Soil Test, for which his wife and 13-year-old daughter Grace collect samples, is a “no-brainer” for generating savings on fertility.

“Still Mother Nature had the final say in it, and between hail and drought our crop wasn’t very good in many fields in 2019,” he says. “But had we put the typical inputs in that crop, it would have been very difficult.”

The Bocks are also benefitting from improved soil function and soil resiliency thanks to their regenerative practices. Following a summer-long drought, the fall of 2019 brought 30 inches to central North Dakota, where the average annual precipitation is 18 inches. Fortunately, the Bocks had established multiple cover crop mixes of oats, barley, radishes, peas, rye, and winter wheat on 3,000 of their 4,500 acres, and despite the inundating rains, Brandon said they were able to seed every acre that was under covers the following spring.

“Land that too wet to seed and didn’t have a cover crop on,” he says, “ended up being ‘Prevent Planted’ because it was too wet in the spring.” This was turned into an unexpected opportunity to seed a 13 species cover crop the end of July on those acres. Winter wheat was then green seeded on those acres in the fall.

Currently, the Bocks rent from 15 different landowners. Brandon says he’s blessed to have so many who trust him to take care of their land and who have the same stewardship goals as he and his family. “We need to help educate everyone on regenerative agriculture. Some have simply never heard of it and most are very open minded once introduced to the idea.”

“I want to provide a value to my landowners other than just money,” Brandon says. “We farmers have one of the most precious commodities on earth in our control—our living and life-giving soil—and we must change to improve it for the next generation.”

A lack of fencing and watering infrastructure preclude the Bock’s from currently integrating animals into their farming operations, along with more of a desire to farm than work with animals. Even so, the implementation of the other regenerative principles is bringing about remarkable changes in just a short period of time—from exploding earthworm populations, to beneficial insect populations.

“We’re seeing things happen faster than we ever thought possible,” Brandon says. “If you build it, they will come.”

Including apparently, a timely (if not divinely inspired) visit from a flock of grasshopper-eating seagulls and an answered prayer.

Pictured in a spring wheat field they harvest together, are (from left to right) Grace, Brandon, Lyle and Jessie Bock.

Confounding Economics: The Farm Income Mirage and How to Prepare for the Future 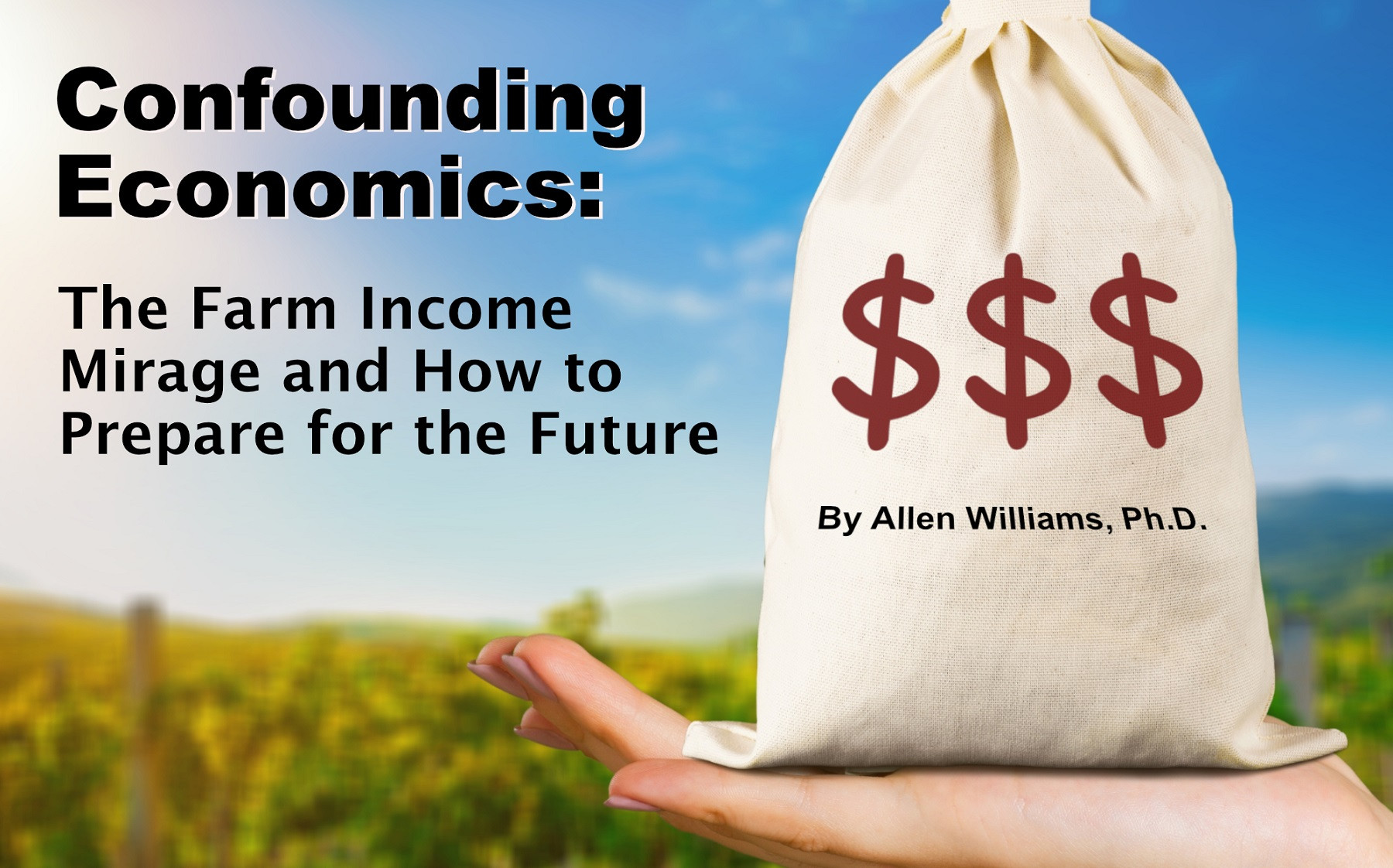 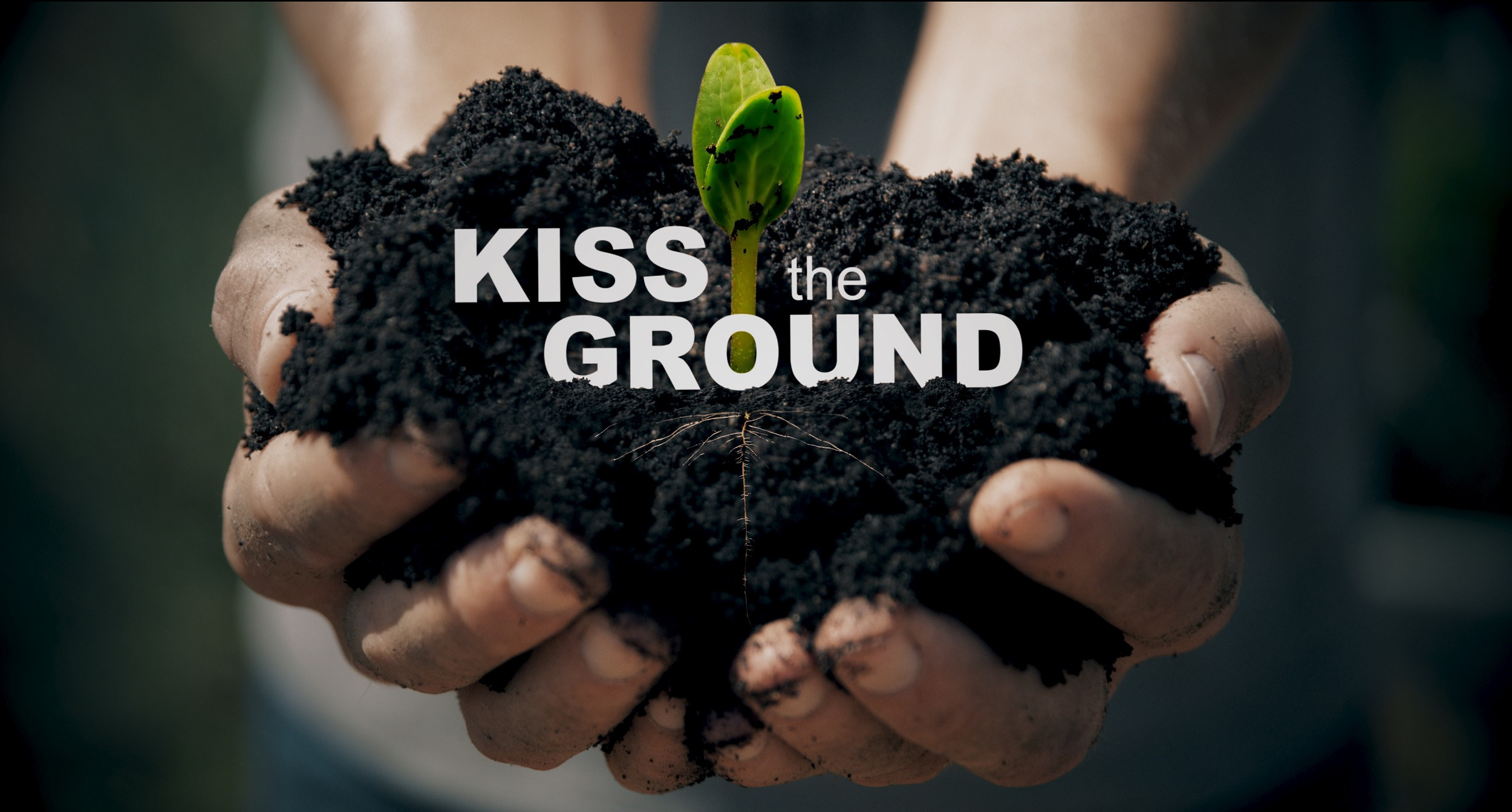 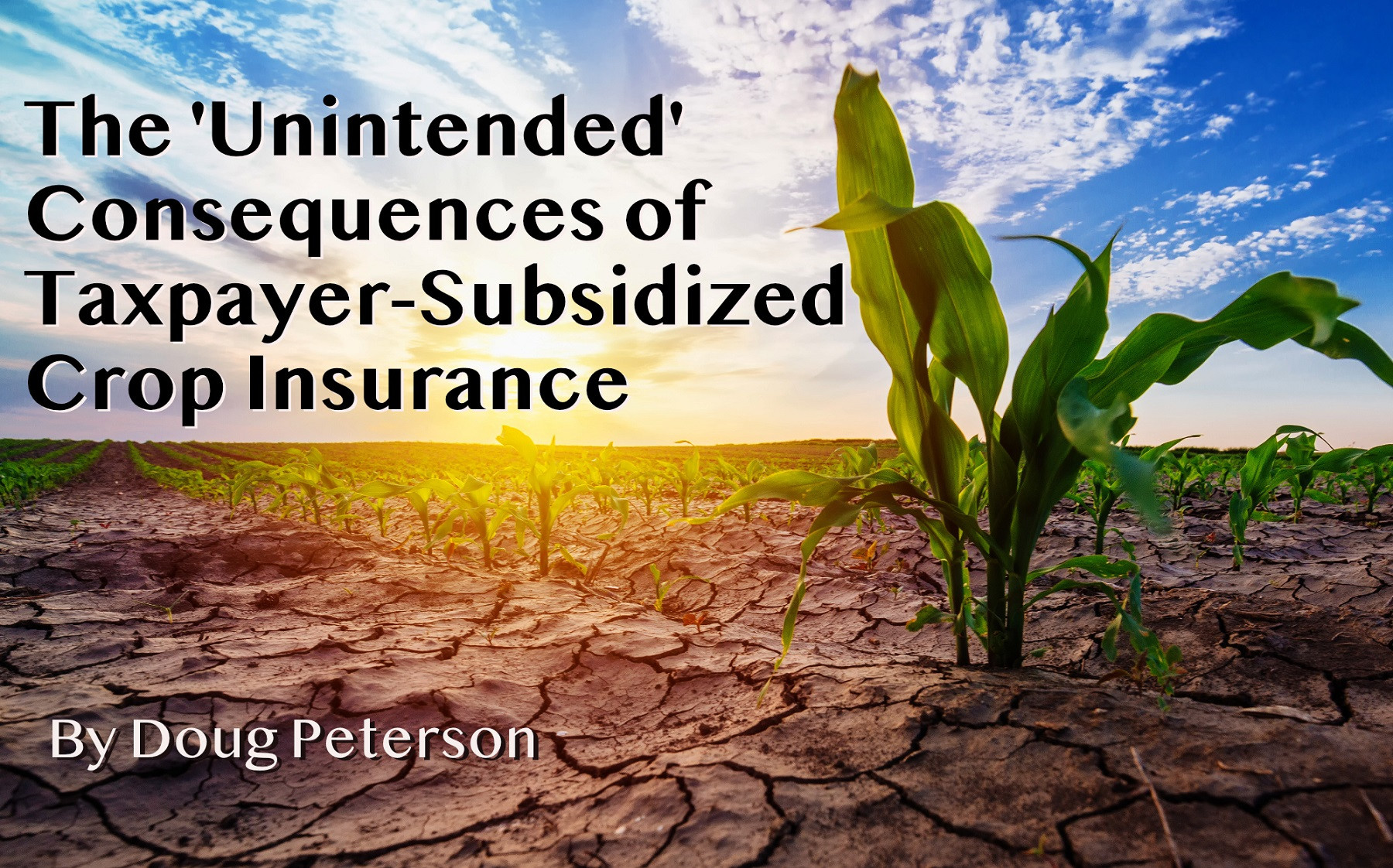