Where Human Health Begins: One Farmer’s Story of Regeneration

Sometimes, adversity is a blessing, though rarely does it seem so in the moment. Just ask Roy Thompson, a 33-year-old farmer from Akaska, South Dakota.

At age 20, Roy was diagnosed with Crohn’s disease, an inflammatory bowel condition that the Mayo Clinic’s website describes as “both painful and debilitating, and sometimes may lead to life-threatening complications.”

For eight years, he took medication prescribed to control and ameliorate the disease’s symptoms. Despite the most advanced treatments available, however, physicians told Roy that the best outcome he could hope for was to minimize the impact of the condition and live with the side effects of the prescribed medications.

Then he tried something new. Rather than just treating the symptoms, Roy independently decided to address the potential cause—changing his diet to consume foods that were nutrient rich and grown using practices that enabled soil biology.

Over the course of the next several months, Roy’s condition improved and his symptoms faded away. When the lab results came back after a check-up visit at the Mayo Clinic, the medical professionals who were overseeing his care were astonished. But they were not quite ready to discontinue Roy’s prescribed pharmaceutical regimen.

“Fortunately, I had a doctor who said ‘This is not a dictatorship, it’s a partnership. I’m leery, but I’ll go along with you discontinuing the medication.’ So I stopped taking them and my lab results improved across the board,” Roy says. “My check-backs with Mayo revealed a textbook, 100 percent healthy colon and liver. My doctor was blown away. It was all a matter of changing the way we were eating.”

Ironically, the farmer who produced food for a living, wasn’t able to eat the very food he produced. “Everything we grew on our farm, I couldn’t eat, and it was very costly to have the food I could eat shipped to us,” he says.

The lesson soon became clear: “I realized that soil health is where human health begins—that there is a disconnect between health and the way we’re growing our food,” he says. “So it just made sense to me to start turning acres over to a regenerative process.”

In short order, Roy began changing the way he farmed.

“I started watching YouTube videos featuring Gabe Brown,” he says. “What he was saying about regenerative agriculture and soil health made sense to me. At the end of one of the videos, Gabe included his phone number, so I called it, expecting a secretary or someone else to answer. Instead, it was Gabe who picked up. I was shocked that it was actually him. After chatting with him for a while, Gabe recommended that I read Jon Stika’s book, A Soil Owner’s Manual. After more reading and learning, I began implementing soil health practices and following the six principles of soil health.”

Roy and his wife, Meredith, also started looking to stack enterprises by raising grass-fed and grass-finished beef, using adaptive stewardship grazing methods to maximize soil biology and improve the nutrient density of their beef. Roy says Meredith wasn’t initially sold on the idea, but then she tasted some steaks and burgers from their cover crop-finished beef.

“She said, ‘This is alright. I can definitely eat this beef.’ So that got me really excited,” Roy says.

The Thompson’s started small with their meat product enterprise, selling just five head the first year, 15 the next, and now they have a goal to sell 30 this year. Roy and Meredith are also focusing more on profitability, too.

Roy says that two of the most important tools in their profitability toolkit are the Haney Soil Test and tissue sampling. This year, he discovered first-hand, how powerful those tools could be when he was trying to determine the amount of synthetic fertility to add to a 500-acre field of sunflowers.

The sunflower field had had a cover crop of cereal rye the year before, with a mix of lentils, millet, oats, collards and volunteer rye that the Thompson’s grazed with their 150 cow/calf pairs this past fall and winter.

Traditional soil tests indicated he needed 100 pounds or phosphorous and 200 pounds of nitrogen per acre, but the Haney test recommended no additional fertilizer.

Roy decided he’d go with the Haney test recommendations, but wanted to purchase drop tubes as an “insurance policy” in case the plant tissue samples indicated additional fertility was needed.

“I wanted to buy the tubes for my sprayer in advance, but Meredith said, ‘Let’s just wait and see. If we need additional fertility, we can have the elevator folks apply it.’”

As the crop matured, Roy monitored the results from his plant tissue samples, which ultimately verified the Haney test recommendations, and prompted Roy to send the following message to the Understanding Ag consulting team:

“Thank you so much for your advice on not fertilizing my sunflowers. I did not spend $4,500 on drop tubes and didn’t put an ounce of fertilizer down. I just got my tissue samples back today and we are maxed on the high side for N. What a savings! I would have spent another $10,000 just because that’s what I always would have done. Gabe and Understanding Ag helped me relax and wait on the soil tests and tissue samples instead of running out and putting unnecessary dollars into all my flower acres just because it’s what we have always done. This has helped me to be profitable in a year when it looked very unlikely.”

Roy says he’s transitioning to regenerative agriculture because “It makes sense to me.” But others don’t always recognize that sensibility.

“My father wasn’t so sure about regenerative agriculture,” Roy says. “But I’ve been educating him on regenerative principles and practices and I think these latest tissue tests will go a long way in convincing him of the advantages of regenerative methods.”

Roy’s new banking partner is also requiring some “regenerative education.” But like his father, Roy believes his banker will come to embrace his soil health-focused methods. “I think he will see proof through lower input costs and higher profits that regenerative agriculture is the correct path for me,” Roy says. “In time, I believe he’ll come around.”

Few of us would be grateful for years of pain and multiple trips to the emergency room. But Roy admits that had it not been for the adversity he experienced through his battle with Crohn’s disease, he probably wouldn’t have been led down the path of regenerative agriculture—a path that has transformed his health, his soil, his farm and his family’s future.

For that, we are all grateful.

‘Dad, I think you’re the greatest farmer in the world’ Checking in on the regenerative journey of Macauley Kincaid 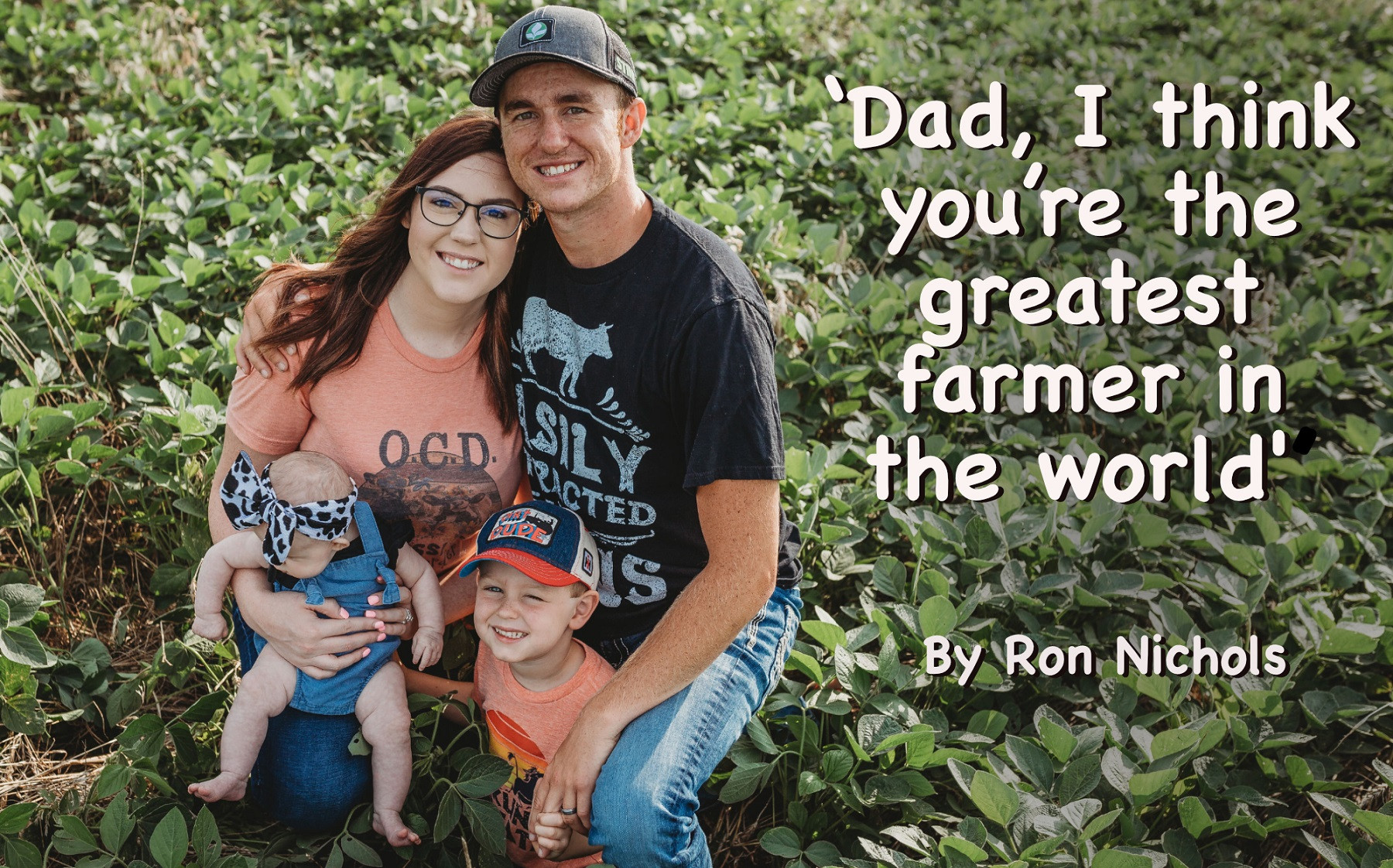 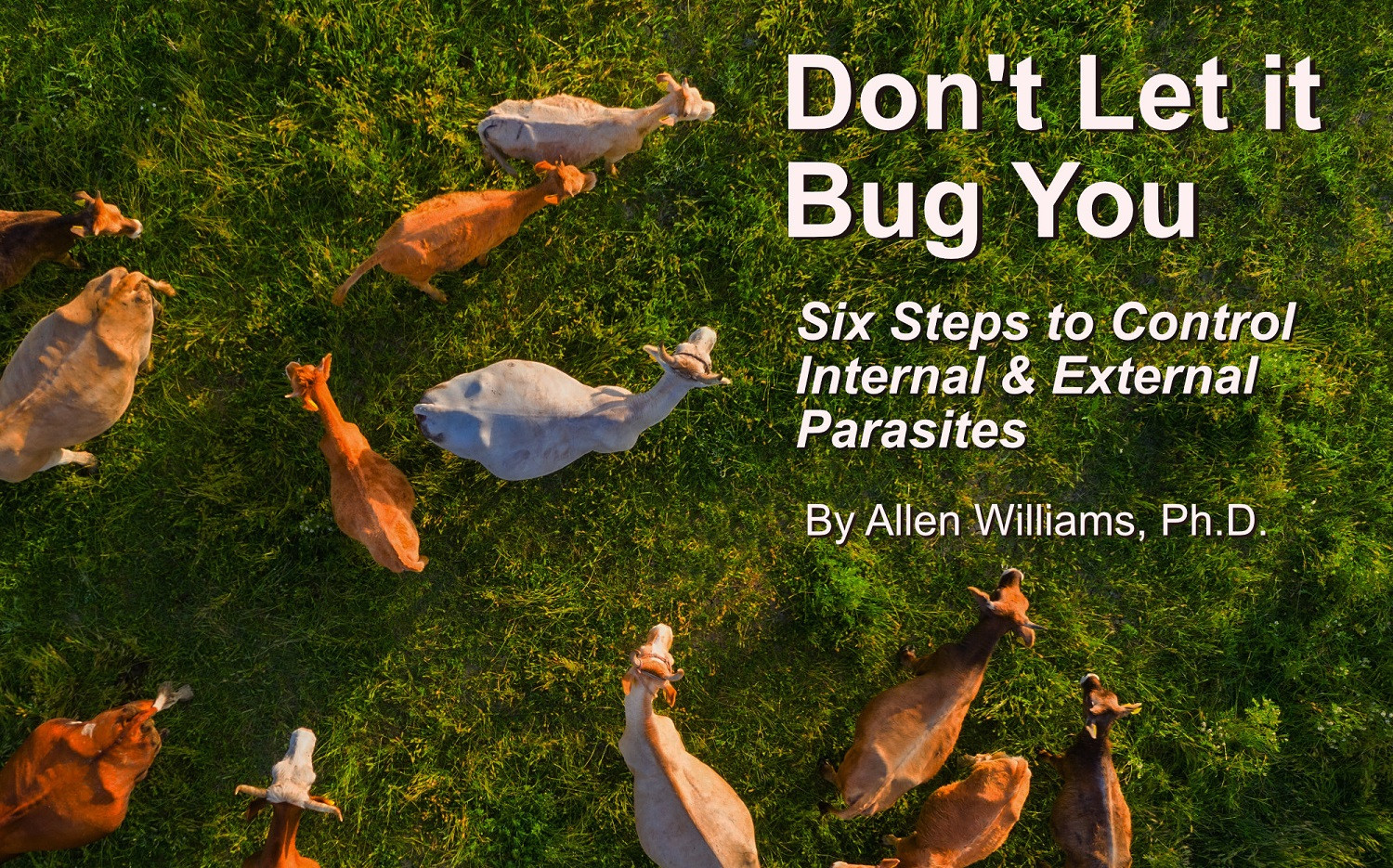 A Tale of Two Industries 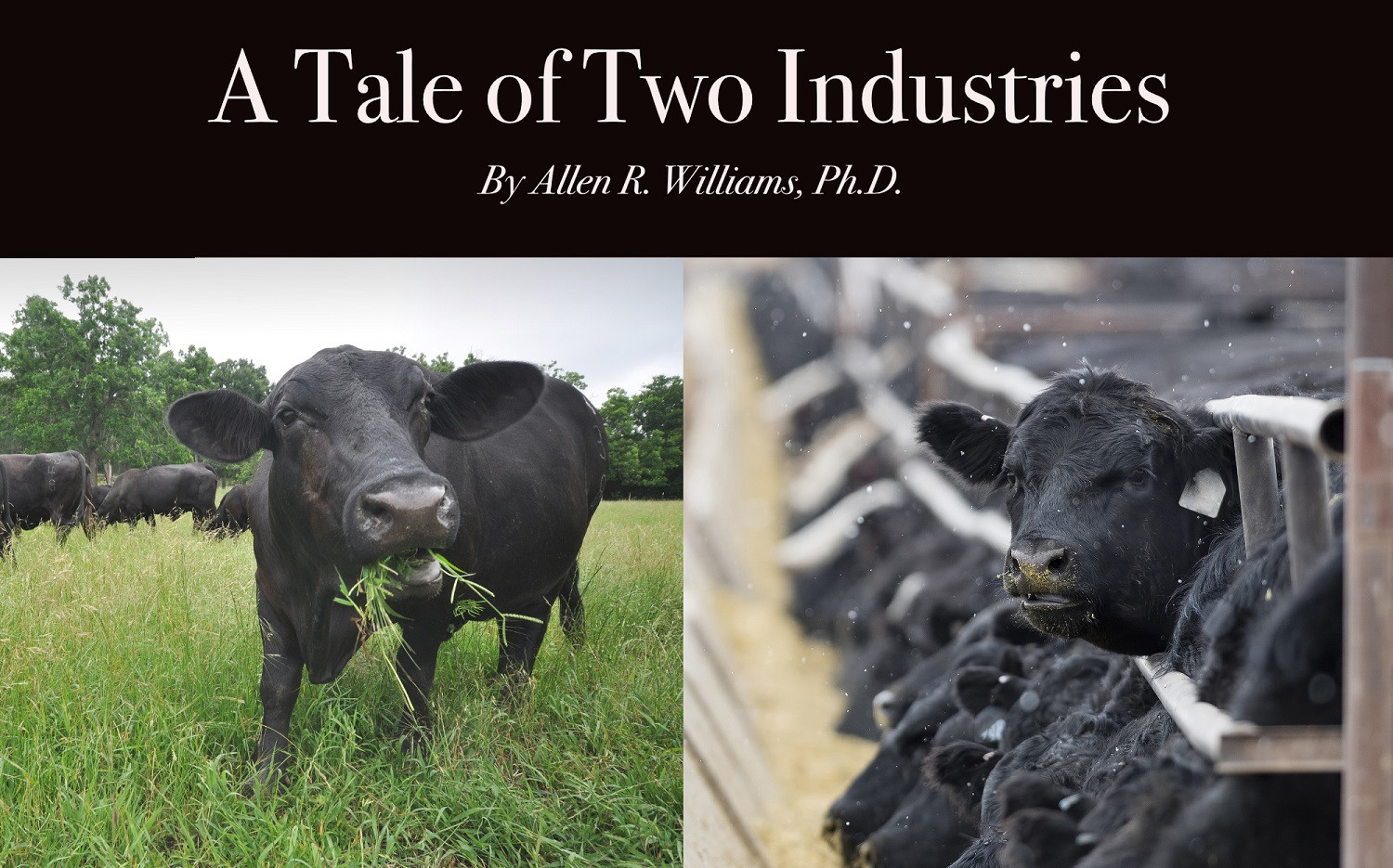